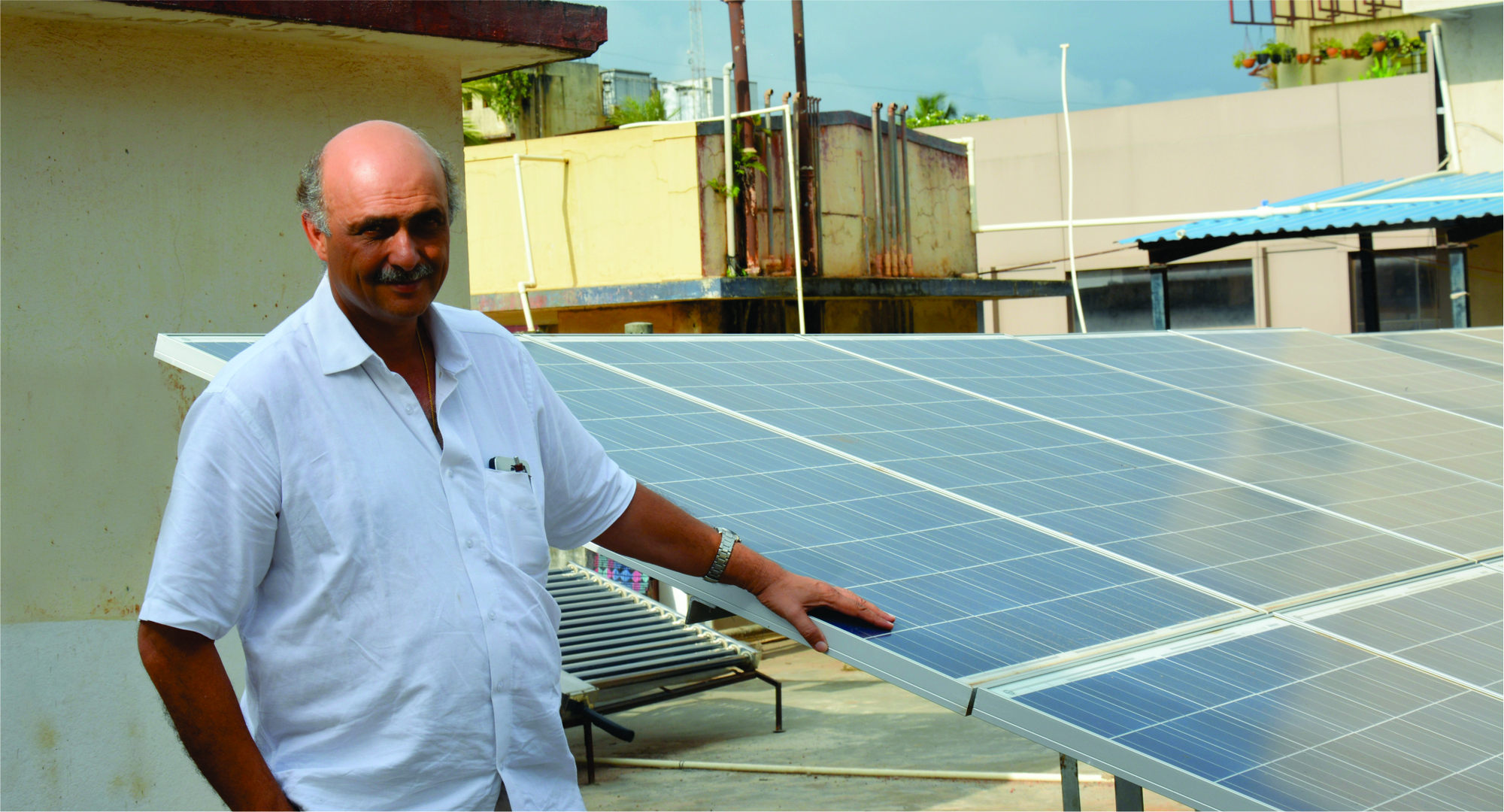 Small and medium-sized enterprises (SMEs) are the lifeblood of most economies, and especially the Indian economy. In India, over 42 million SMEs comprise a staggering 95% of the total industrial business entities in the country, employing about 40% of India’s workforce and generating nearly a quarter of service sector GDP.  With one million people entering the labour force every month in India, these SMEs have the potential to be an important source of employment, as long as they can grow and scale.

However, lack of adequate access to finance has remained the biggest challenge for these SMEs.  Moreover, high costs, especially high energy costs, chip away at this potentially massive social impact.  Orb Energy is helping unlock the power of SMEs, while contributing to a more sustainable energy-efficient India with a new pilot which unlocks SME finance for rooftop solar systems

Orb Energy is a social enterprise with the mission to make solar energy affordable, available and hassle-free to customers looking for a better energy alternative. Since its founding in 2006, Orb has sold more than 160,000 solar systems, with cumulative installations of more than 40MW of rooftop solar systems. Orb provides a range of solar energy solutions (solar electricity and solar water heating) to residential, commercial and industrial customers, with a core focus on serving the under-served SME segment. The company has grown into a vertically integrated corporate with in-house photovoltaic (PV) manufacturing, its own branch network in select states and, most recently, in-house credit for commercial rooftop customers. USAID, the UK Government and Shell Foundation have been working with Orb since 2016 to support business model iteration, scaling and innovation.

In 2016, Orb launched a pilot to develop an in-house financing scheme for SMEs to invest in rooftop solar PV solutions.  The pilot had tremendous implications, given that SMEs comprise such a massive market and are often cash-strapped. Orb’s experience was that access to finance for SMEs to install solar equipment was difficult and time-consuming, creating barriers to SME growth. Shell Foundation, USAID and the UK Government supported Orb to pilot an SME finance scheme to potentially solve this market failure and help expand the renewable energy assets of Indian SMEs.  The pilot aimed to accomplish the following:

A Shell Foundation grant of $275k – which included $100k from USAID under the Partnering to Accelerate Entrepreneurship (PACE) initiative and $100k from the UK Government under the Creating New Energy Applications and Delivery Models for Developing Markets (NEADM) programme – enabled Orb to leverage a USAID Development Innovation Ventures (DIV) grant of $1.5m, as well as a $248k grant from the Packard Foundation.

With more than $2m in grant, the company was then able to further leverage $2.25m in commercial debt from Deutsche Bank and SunFunder towards on-lending to SMEs for rooftop solar.

The project commenced on 1 April 2016, with initial roll-out in two states of India: Andhra Pradesh and Karnataka. Orb already had a longstanding presence of 10 years and approximately 40 branches across these two states.  This provided a solid foundation for exploring a new product, given that sales teams, installation teams, brand awareness, customer trust and loyalty, were all in place.

The first critical phase in execution was finding and contracting a consultant with expertise in building out in-house credit facilities for corporates such as Tata Auto. Over the course of approximately six months, the consultant created processes and the policies, manuals and training that would become the core of Orb’s credit assessment function.  Pricing and terms were then tested on consumers to further refine. 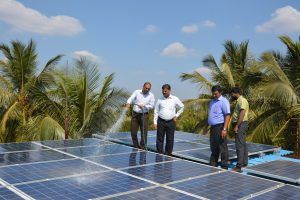 During this testing period, Orb faced a reality check in terms of market response.  Solar systems are becoming commoditised, which created pricing pressures.  The SME customers proved quite price-sensitive, keenly negotiating for reduced (or eliminated) down payments and lower interest rates.  Many customers used current bank rates as price anchors, even though, unlike with bank loans which required collateral, Orb financing was secured only by their own solar assets.

Orb’s initial pricing assumption was an interest rate of 17%, in line with other non-collateralised private sector lending.   In theory, this was a compelling proposition, giving the opportunity to fully own a solar asset in 3-5 years, saving thousands on energy annually.

In practice, however, the majority of SMEs prioritised low interest rates over payback periods and demonstrated little appetite at the 17% rate.  This was likely exacerbated by the fact that overall base rates in India were on the decline.

In the end, Orb found a sweet spot of rates between 10% and  12% for an uncollateralised loan i.e. the sole security being the solar system itself. This was competitive to bank rates, which were 10% with collateral at the time. Customers appreciated that the process was also quicker and did not involve offering the typical collateral that banks require, such as a bank guarantee or land.  Moreover, the credit assessment process was exponentially faster and easier. 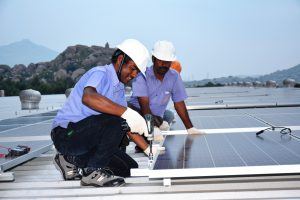 At the same time, few other solar companies were offering extended payment terms as credit. A few competitors were offering Power Purchase Agreements (PPAs) to corporations or for larger installations of 500kWp and above- but nothing tailored for SMEs.

This created a competitive advantage for Orb, further compounded by quick turn-around time on the credit assessment and the option for an uncollateralised loan, (thus allowing the SME to keep its capital focused on its core business).

The project exceeded expectations and initial milestones, deploying capital to generate 750kWp of rooftop solar systems for SMEs six months ahead of schedule.  Since the start of the pilot, it has financed 52 systems with 8.4 megawatts, of which 46 (nearly 90%) are already installed, equivalent to 8 megawatts with a total of $4.23m deployed (i.e. 31 crore INR at present exchange rates) with $3.34m (24.5 crore INR) outstanding capital.

Today, Orb has an established in-house credit facility which is now poised to further scale across the region. To date, the facility has no defaults. Orb has been able to arrange for follow-on funding of $10m in long-term debt from OPIC (Overseas Private Investment Corporation), which will allow Orb to exceed 25 MWp of in-house financing of solar installations for SMEs.

The credit facility is enabling a broad array of 52 SMEs to further contribute to India’s development trajectory, by improving health outcomes, providing education and building the manufacturing base.

In addition, based on information from remote monitoring, it appears that these SME customers are on their way to attaining a projected payback of between 3-5 years, and will be able to leverage a significant cost savings for the remaining life of the system (e.g. 25 year asset life).  For example, Orb estimates an average cost savings of 60% for their SME clients (i.e. from 7 rupees/KwH to 3 rupees/KwH), with the average SME reducing energy expenses from an average of INR 8.5 lakhs per month ($11,600) to INR 2.8 Lakhs ($3,800).  Power cost is often the second biggest cost after manpower, so these cost savings have the potential to unlock increased investment and job creation.

The overall lesson of this project is that having an in-house credit facility can be pivotal in scaling rooftop solar systems for SMEs. This potential is contingent upon access to capital, but also hinges upon quality of credit assessment processes, competitive pricing, flexibility on terms (in accordance with the SME’s financial standing) and the existence of a well-trained and extensive field sales force. 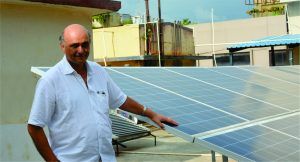 Orb Energy’s SME finance pilot showed the lucrative and impactful synergies that can be unlocked from converging SME development and energy access.  Given the large size of the SME segment and proven demand thus far, there appears to be massive untapped demand that can further fuel Orb Energy’s growth. 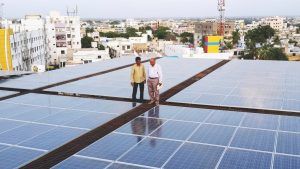